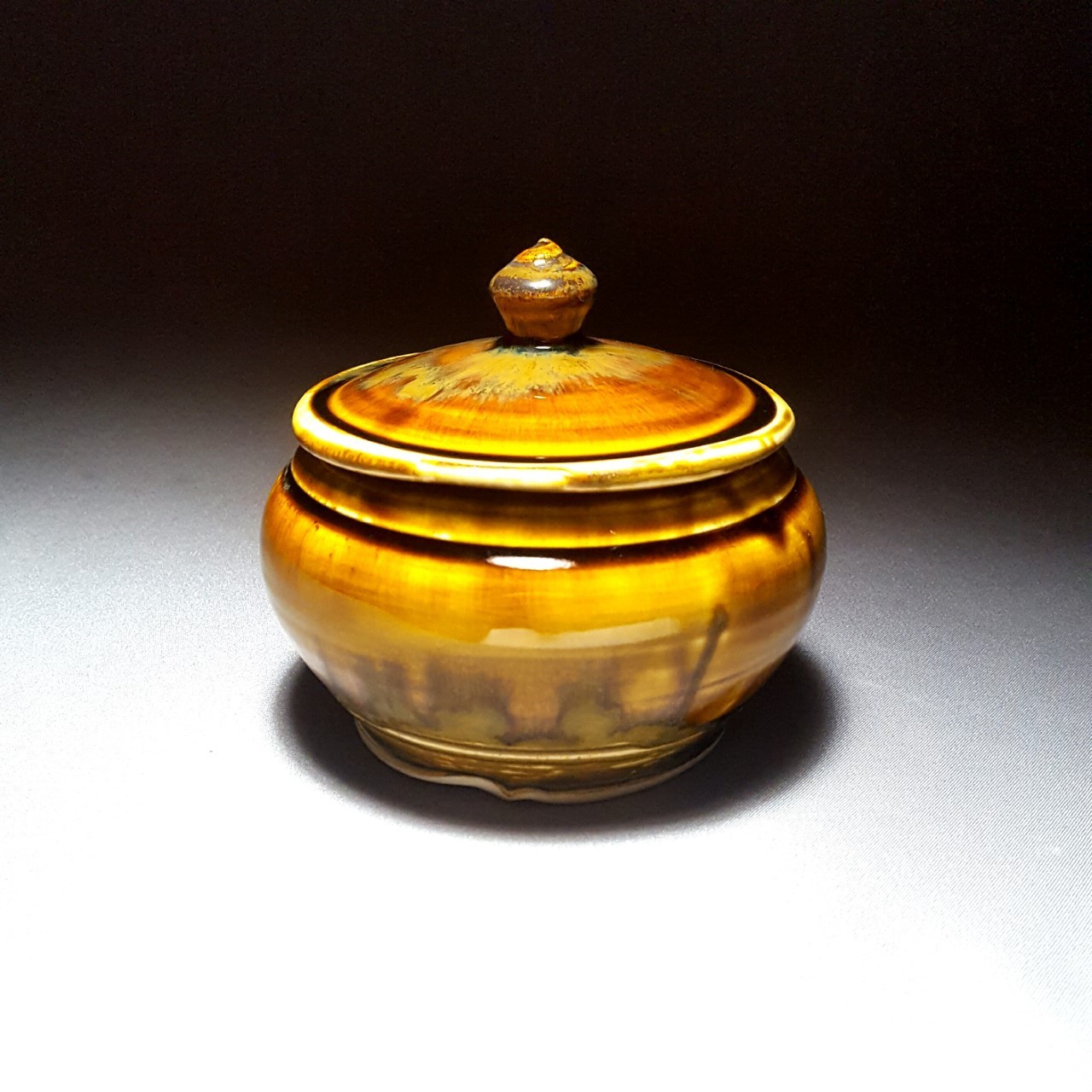 I find inspiration in the ocean, and its inherent strength and immense nature. I am drawn to the rolling shapes, and fluid movements, as well as the intricate and constantly shifting palate. I use this inspiration to create pots that transcend much of these same themes. My pots are designed to stand strong and with a presence, while maintaining a sense of grace and rhythm. I use colors that move and blend, creating subtle variations throughout a single pot. 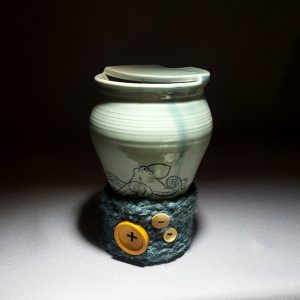 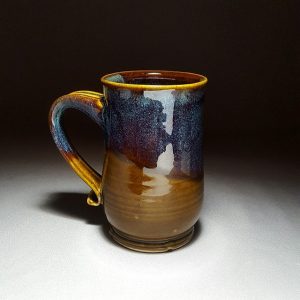 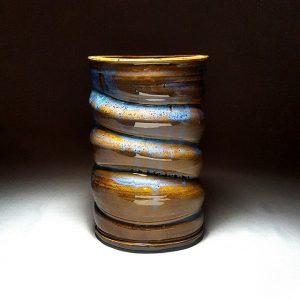 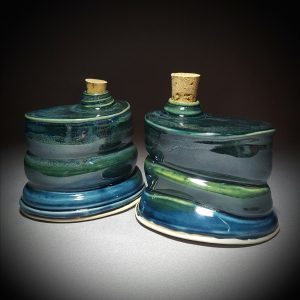 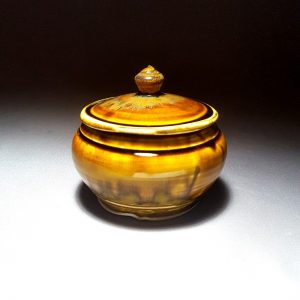 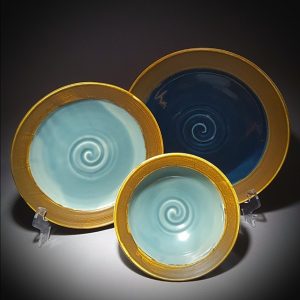 Lauren is a fulltime studio potter and ceramics instructor. She graduated in 2012, from East Carolina University in Greenville, NC, with a BFA in Ceramics and a BS in Communications. Upon completing her degrees, Lauren held her first solo show, Aqueous Transmissions, which dealt with themes of fluidity and movement through the use of large functional forms. While in Greenville, Lauren worked at the Pitt County Arts Council at Emerge where she was the pottery coordinator and an instructor for a number of their kids and adult pottery classes.

In 2014, Lauren moved to Wilmington, NC, to fulfill a one year Resident Artist position at Pineapple Studios. During that time, she began teaching classes and was responsible for the studio’s maintenance. She used her studio hours at Pineapple to establish and refine a unique throwing style influenced by the movement of the ocean. Lauren developed two separate, yet cohesive, bodies of work and held two solo shows that year. The first of the shows was called  A Chambered Evolution, in which she used visual elements of the nautilus shell to talk about concepts of life, growth, and progression. The second show was titled By the Shifting Tides, and was an extension of  A Chambered Evolution. Upon the completion of her residency, Lauren has continued to teach adult beginning throwing classes at Pineapple.

With the spring of 2015, came the opening of the Leland Cultural Arts Center. During their second round of classes, Lauren joined the team as their primary ceramics instructor. At the LCAC, Lauren regularly teaches beginning and advanced adult throwing classes, as well as an independent study class. She also occasionally offers an all levels handbuilding class.

In the fall of 2015, Lauren applied for the Regional Artist Project Grant through the New Hanover County Arts Council. She became one of twenty artists in her region that year to be awarded money. With her grant, Lauren purchased a production size electric Skutt-1027 kiln, with the intentions of becoming more of a production style potter.

By the summer of 2016, she legally made Lauren Rogers Ceramics an official small business offering private lessons, the option for wholesale accounts for businesses, and commission based work. Lauren also moved her studio into The Artworks, an old factory warehouse that has been renovated to house artist studio spaces of a variety of disciplines.

Lauren continues to teach most evenings at Pineapple Studios as well as at the Leland Cultural Arts Center, and now also offers private lessons out of her personal studio in The Artworks. Most weekdays Lauren can be found in her studio producing functional wares, while weekends are generally reserved for craft fairs and markets around Eastern North Carolina.

Lauren has begun to gain recognition for her craft. She is currently partnering with her local Cape Fear Chapter of the Surfriders Foundation to create a line a functional pottery that will bring awareness to beach and ocean conservation. In previous years she has appeared in various local magazines highlighting her talents including Wilma and North Brunswick Magazine. Most notably however; in January 2017, Lauren is one of the featured artists in the statewide North Carolina publication of Our State Magazine.

Artists in the Show